InFocus is an American smartphone brand founded in 1968, it was taking advantage of being an American company by keeping its slogan as “Why buy Chinese, Buy American”. Every other company is running behind the flagship smartphones and forgot featured phones, but InFocus doesn’t do that, it released a new feature phone named as InFocus Power 2. 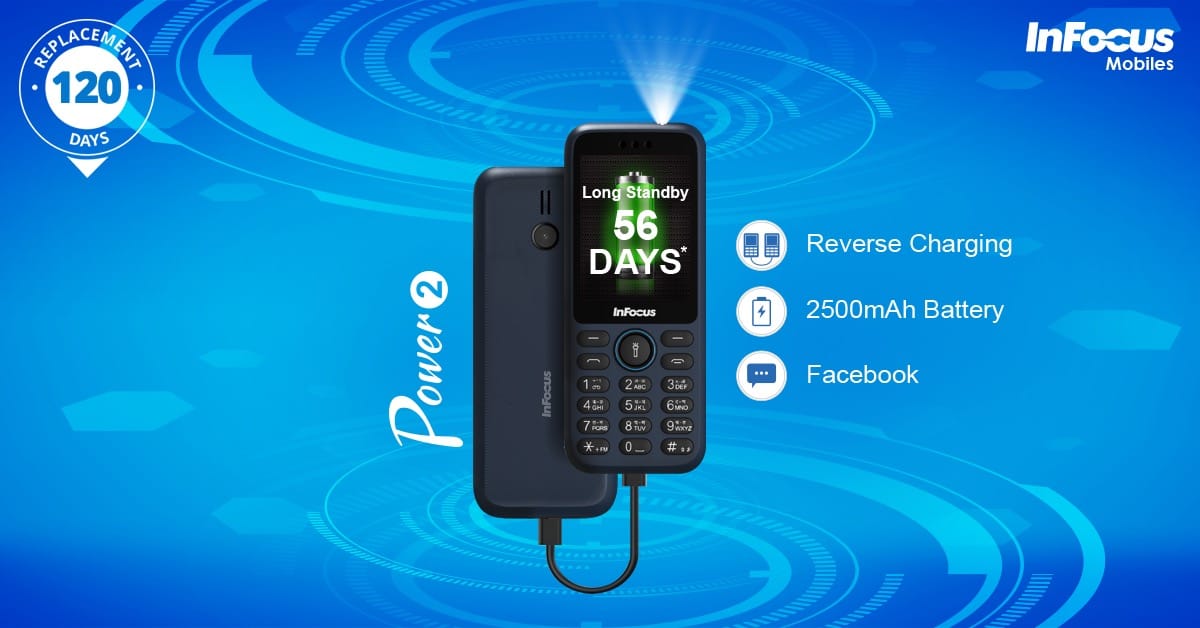 The new InFocus Power 2 is released on 4 October 2019, and it is a good phone for the price. It has a 2.4-inch screen and comes with a large 2500mAh battery with support of reverse charging, it is a GPRS enabled phone and you can access Facebook and more. The mobile has all common features such as Bluetooth caller, TalkTimer, Schedule SMS, Torch, and you can save up to 2000 contacts with their photos.

The mobile comes in two colors, Black and Blue. It also has a rear VGA camera and loudspeaker at the front side.

Now in India Jio Phone is only the highest selling and trending featured phone because it is the cheapest phone that offers 4G with VoLTE. And Jio provides so many features and it has the cheapest data price that facilitates you to watch TV and Movies Online, Play Music Online, and allows you to make video calls too. Because the Jio Phone 3 is releasing, the base model Jio Phone‘s price is dropped and now it is available for only Rs. 699.

InFocus have to face huge competition.

【 Fixed!】 I am not receiving OTP